These are a few of my favorite things: #20 – Peter Collingwood

Peter Collingwood.  Few weavers in the world have left a legacy like he did.  Next Tuesday, October 9, 2012, will be the 4th anniversary of his passing and I wanted to take the opportunity to share with others my appreciation for what he contributed and how so many of us benefitted from his work and publications (and some of my favorite things).  Peter was one of the weavers I knew I could go to when I had a question . . . although, when I went to him it was usually about something rather obscure and I had exhausted more traditional resources.  I could always count on him to respond and only once did my question stump him.

The week after Peter passed away I was in Vancouver, BC teaching.  On the day I left Vancouver to teach in Oliver, BC, I needed to make a stop while I ran an errand.  Unfortunately, I have a pretty bad sense of direction and I got turned around.  While trying to figure out how to head in the correct direction, I ended up stopped on a side street.  I looked to my left and saw Coe Lumber.  Now, anyone that has worked on HGA’s Certificate of Excellence (COE) will often look at “Coe” and see “C.O.E.”  On the lower portion of the sign it read Good Neighbors, Good Advice and it made me think of all of the people that helped me by answering questions, etc. while I was working on the COE . . . including Peter (and Jason too!).  Then I looked down and to the right and found I was on Collingwood.  I still get chills when I think about that moment.  The picture below is what I saw out of the window from my car.

A couple of years before Peter passed away he gave permission for five publications he maintained copyright on to be reproduced and made available on-line . . . including The Techniques of Rug Weaving . . . one of the most important weaving books in my library.  I’m not a rug weaver, but I often turn to this book on topics from velvet and corduroy to soumak and fringe finishing techniques.  http://handweaving.net/DAItemDetail.aspx?ItemID=1961 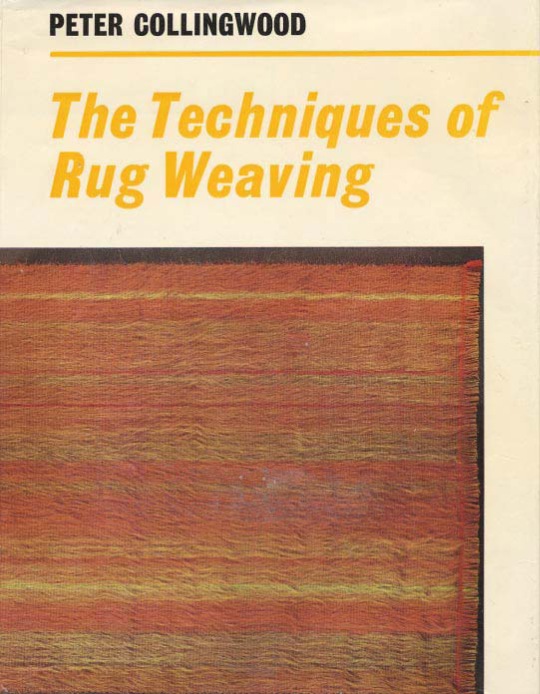 Since The Techniques of Rug Weaving wasn’t enough, Peter then went on to write the follow-on book Rug Weaving Techniques: Beyond the Basics.  This is another great resource for weavers.  http://handweaving.net/DAItemDetail.aspx?ItemID=1960 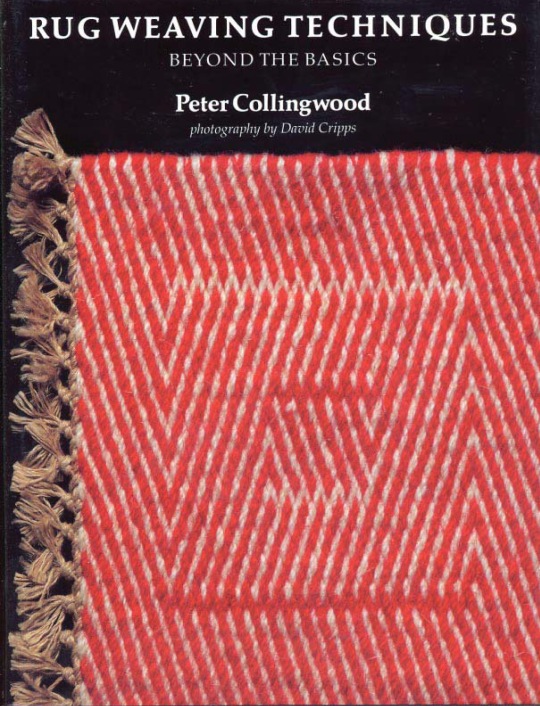 Peter enjoyed little-known textile techniques, like sprang (Sorry, his book The Techniques of Sprang is not available on-line . . . but, you can still find it for sale).  However, he was interested in ply split and other techniques.  He published articles in Weaver’s on ply split and oblique twining.

Thank you, Peter for the memories and the resources you left behind!  Your legacy continues!